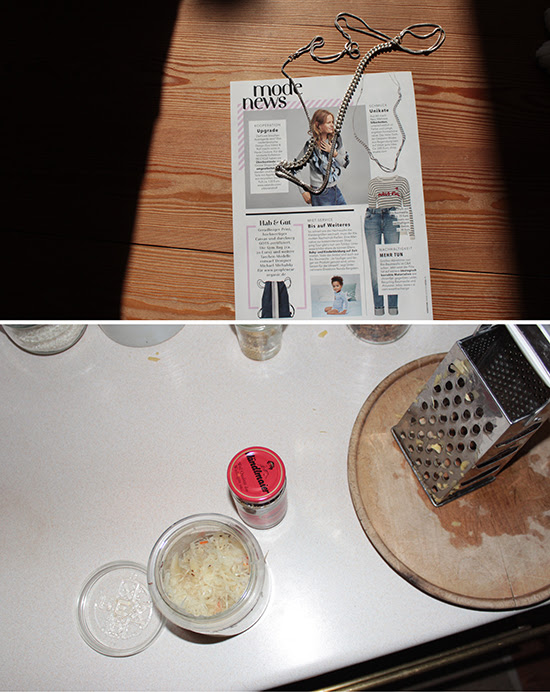 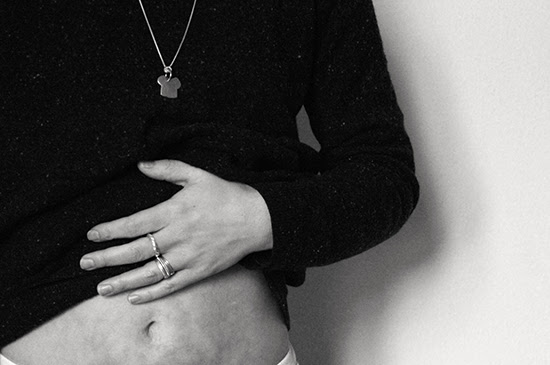 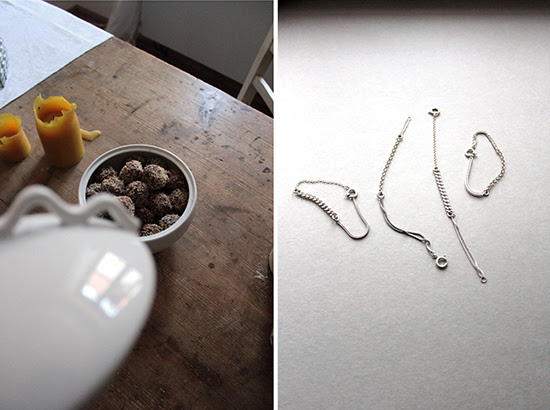 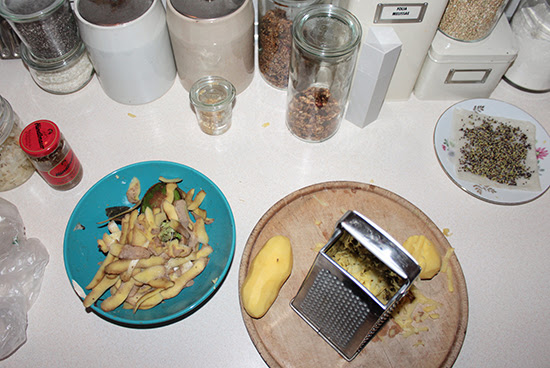 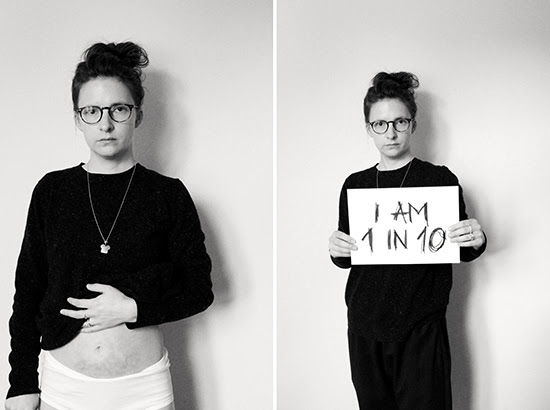 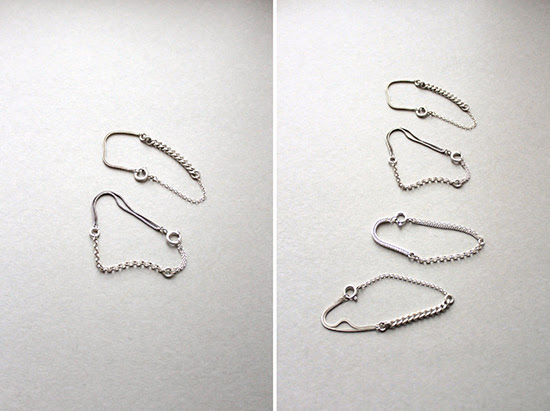 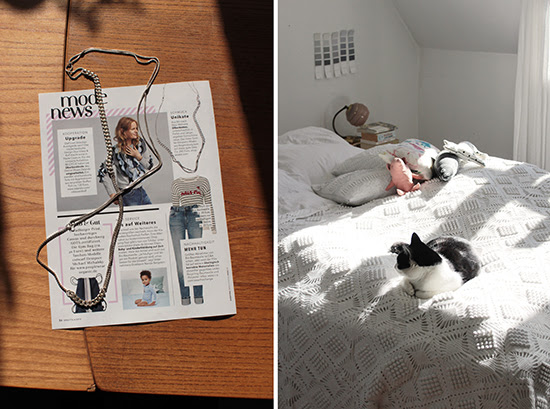 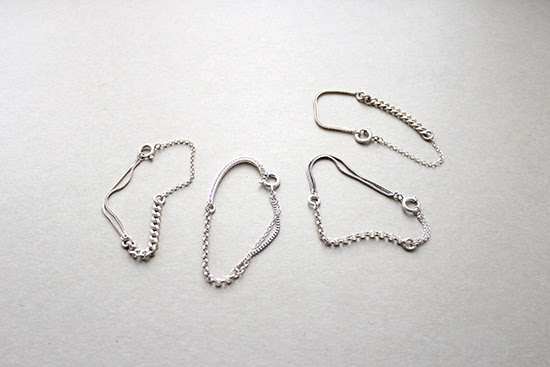 (Thank you so much, BRIGITTE, for featuring our SILVER RECYCLING NECKLACES amongst other sustainable fashion ideas - we have some BRACELETS now, too!)
(March is apparently endometriosis awareness month so I joined #1in10 - there needs to be better education and more research, the lack of knowledge even shown by medical professionals is shocking and harmful, physically and mentally. Endometriosis is an invisible disease, no ultra sound or MRI scan is able to show it - but my hot-water-bottle-induced skin damage might give you a clue.)

The temperature drops below zero and a piercing icy wind from the North-East picks up. It hits quite close to the ground, behind the knees, sometimes it drifts higher, ripping the hood already drawn close from the head. Biking in this kind of weather is an ordeal. The colder it gets, the more I slow down. My movements become leaden. The grease in my joints becoming goey. I take a walk by the river in the sunshine to the discounter who offers by far the best deal on fair trade, WWF-approved, organic bananas. I fill my backpack and trod home again. The bananas start to rot before ever getting ripe.

I meet a jogger, she is so beautiful and when she comes up to me, her smile is full on.

And then the temperatures drop even further. I stare at a lot of weather reports, but the digits just won´t change. I am scared to go out and put on a third pair of underpants, which have belonged to my grandmother, the nude coloured woollen knee length kind.

For their book project I charge my sister and her boyfriend the exact amount of money I need to buy these SHOES.

I haven´t seen my friend in more than half a year since she has moved her family to the countryside. We finally meet up in our town´s French restaurant. I order some "Good luck" tea from the very cute French waitress (I have a thing for the French currently) and a few sips in, we reach territory we never had - we talk about our mothers. We go deep. Down to the roots of our greatest fears that made us what we are now. The tiny seemingly insignificant events that shaped us so irreversibly. I don´t manage to finish my galette with ricotta and spinach and hand it over to her. When I get up from a chair later that day, my right leg has gotten slightly numb and I can´t shake it off. My back has started to act out again. There is no connection, but I had missed my FRIEND a lot.

My workshop and garden helper tells me he feels depressed, so I agree to go out with him at Fasching. It turns out no one is around and when he tells me about his troubles, I have three instructions for him: stop smoking weed, eat a lot instead and staying clear of his father. A week later, he lets me know his life has already improved greatly by following those simple rules. I share my white chocolate bar with ground espresso bits in it with him, I am not supposed to eat it anyway - there is milk powder in it.

Last winter I got a pair of woollen pants on sale and wore them only once. I had already considered them a waste of money but now I put them on every day, they have an elastic waist, some kind of harem style and enough room for Heattech underneath. They need to be dry cleaned though, which is the only downside, so I will try putting that off until the end of winter. I am not a dry cleaning person, the last time I had something cleaned was when a mouse lived between two of my woollen scarfs for a few days. A dark red and a light blue one, the droppings I found were also coloured that way. I have some other good mouse stories up my sleeves, but I am keeping them up there for an other time.

The first time I taste miso is in an edamame salad I pick up at REWE to go before my train ride home from LEIPZIG. I also have two Dunking Donuts. And it is also the first time I have edamame, which I still haven´t found for sale anywhere, so I still like to get this salad sometimes. Can´t wait to make WALNUT OLIVE MISO SAUCE, even though soy products are considered very un-clean. I have never had a PEANUT BUTTER AND JELLY SANDWICH, too, but I have been dreaming about that combination for so long.

I long for my sisters, someone to eat dinner with, to talk to at night. I am pondering getting a little poodle.

I call E and tell her to coarsely grate two huge salad potatoes and roast them in a non-stick frying pan in olive oil with caraway and salt. They stick to the pan a lot so she needs to make heavy use of her wooden spatula. Almost at the end she has to add some sauerkraut - it is a divine meal, she agrees. I have mine with lots of our local mustard.