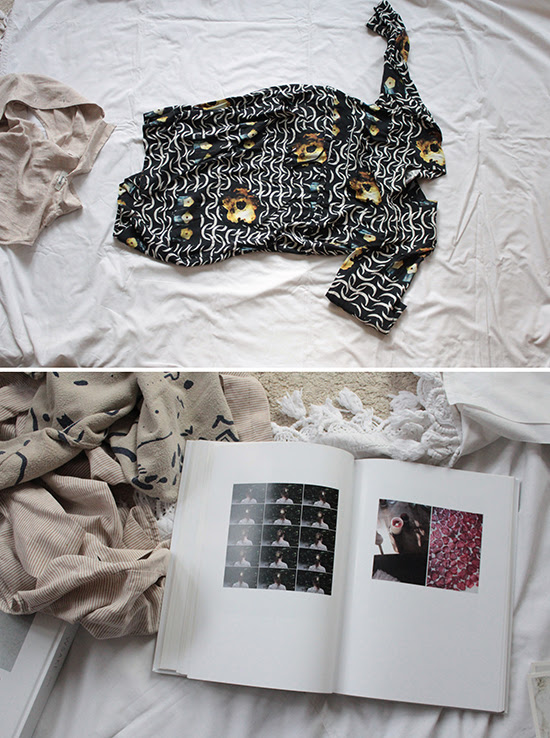 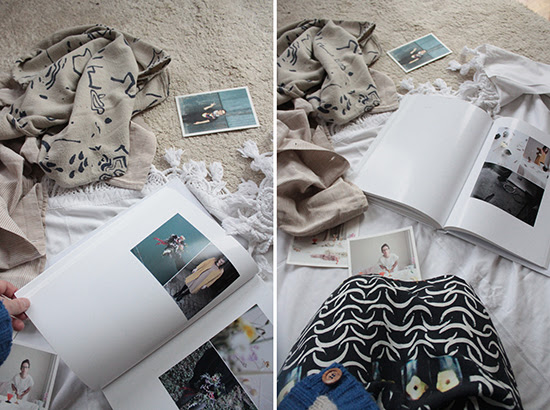 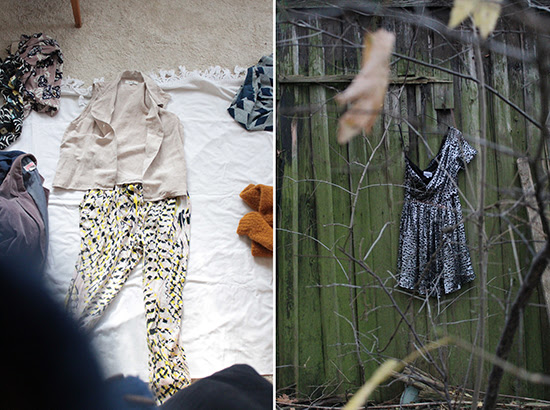 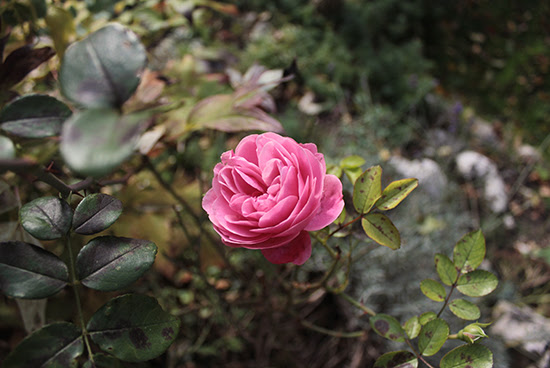 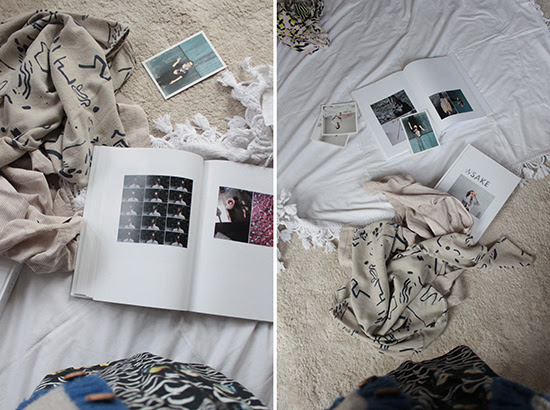 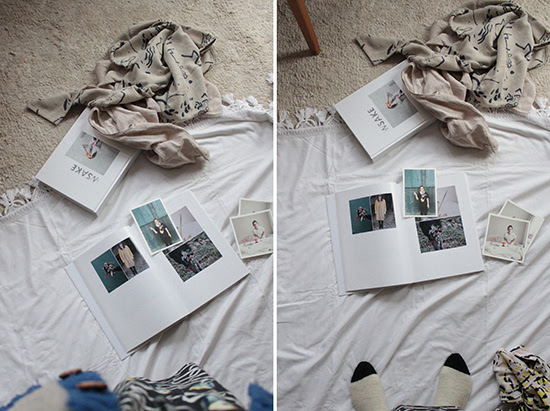 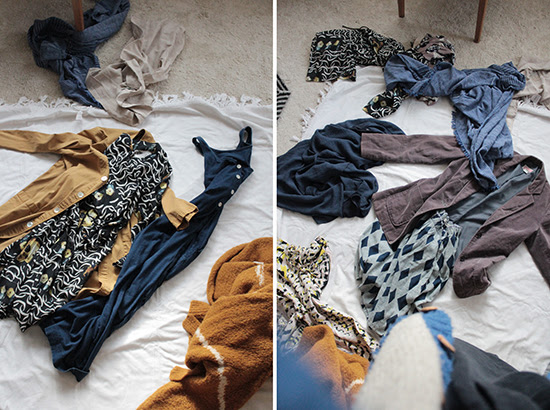 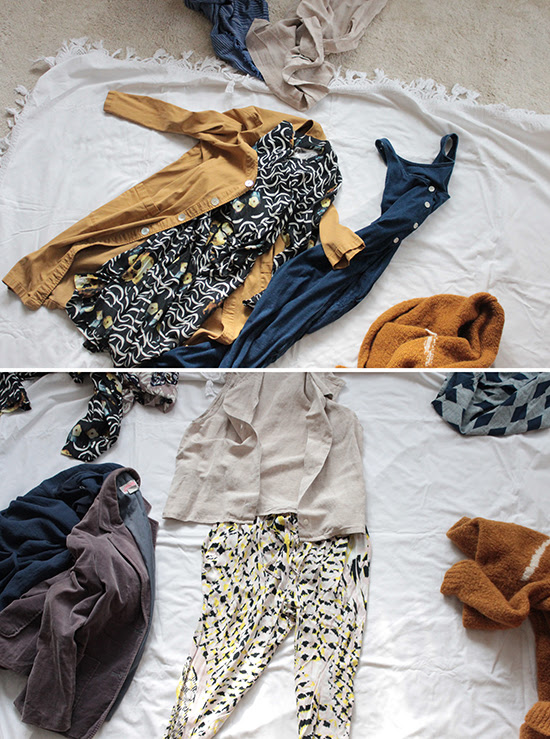 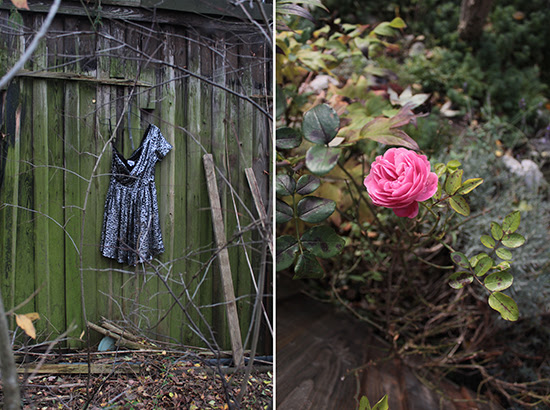 (at the end of each year I turn my blog post into a photo book, in case the internet breaks and all is lost and since these are actually almost the only pictures I take anyway - PRINT24 offers a good deal, in case you´re able to produce your own layout and such. Sometimes I do a special one with funny outtakes, or just order a few prints whenever ARTIFACT UPRISING offers a free pack, not sponsored)
(actually not sponsored by anyone at all, still broke as hell - I just really like links)

In the last blog post I wrote about my mum not giving away clothes because they remember her of certain events - lately my ability to not make any remarkable memories makes me sad. I´m so tired to be so far out of everything, so caught up in my isle of pain and anxiety. So I thought how about I´ll try and see which memories of recent times are to be found in my closet:

During the cold months I´m having a lot of trouble keeping warm, which is crucial for some of my ailments and I try to do so under down jackets and generations of COS wool gotten on sale and a swapped BABAA cardigan. Last winter I decided to invest in some UNIQLO HEATTECH - I also got some for W who tends to shrink into himself when it´s cold out. He was a bit annoyed at first, but then we found out it actually worked and now we´re living in it for at least half of the year. So I bet I wore my sets to a lot of unpleasant events and some happier ones too.

In a week filled with hope after my operation in 2014 I finally got to visit E in Leipzig and it was one of the best times I have ever had. There was a Koran meal with so much cilantro, vegan and not-so-vegan hot dogs, parties at the Hochschule für Grafik und Buchkunst, watching the world cup finale during a thunder storm on a stream that was a few minutes behind and since they shut down public viewing in the parks and no one had prepared for watching the thing at home, there was nothing left in the raided Spätis but strawberry ice cream and Turkish delight. We set out for a hellishly long bike ride to a neighbourhood flea market in a back yard, where I was worried I might faint from exhaustion. After resting for a bit, I bought my broke sister a vegan home made wrap, we found some water transfer stickers from the former DDR and a hand crocheted flowery lace jacket for the outrageous price of 5€. We also spent another Euro on a DRESS making everyone look pregnant - never wore both of them, never going to give them away either. Afterwards we became capitalistic suckers for a second and bought ice tea and iced cocoa at Starbucks, we were that exhausted.

There is a dark blue curduroy Toast dress (SIMILAR) I´m basically living in. Wore it to a lunch with a friend at a tiny Italian pasta place in town and to the most insane Saturday night outing to a fun fair, which was one of the most daring things I did this year - this says a lot about me and my life right now.

Bought a silver lamé one shoulder tinsel shedding American Retro dress for a new years dance party I never went to, I wasn´t even able to go out of bed to watch the fire works, I was in way too much pain. This was the first new years I spent on my own, since my sisters had already fled that depressing affair this always turns into at my place. Not giving up on the chance to wear it one day/night, so it stays.

Over twenty years after my mum got me two Lee jeans - a beige and a dark green corduroy one - I´m wearing that brand again. Levis doesn´t work on me. I have to unbutton every trouser when sitting down, no matter which size and usually exchange them for comfy drawstring bottoms as soon as I get home.

A cyan and white Ikat scarf in the softest beautifully washable cotton from Folkdays (I now have my eyes on THIS ONE) I wear in heavy rotation with my beloved silk HUI HUI SCARF (which I won!!!)- both make me feel a bit put together with their undeniable beauty and therefore quite safe.

There is a wildly patterned black and yellow dress I wore to the christening of my GOD DAUGHTER - I had to pee so badly when arriving at the church and since everything was closed on that Sunday another church goer, a doctor with a surgery near by, took mercy on me and unlocked his office. For this I will be forever grateful - the older men following my example, too. Wore it to a gallery opening a few nights later, when someone COMPLIMENTED my shoes and to a Ronja von Rönne reading the day after.

The yellow PALOMA WOOL COAT DRESS I wore to friends wedding (forgetting to put on my lovely Rachel Comey MARS BOOTS - the last heeled shoes I got, since the trouble with my feet started around that time) and to my mum´s 60th birthday dinner, right after my scary PET scan, pronouncing whatever is ailing me isn´t cancer - my uncle was joking about the fact that I was literally "glowing" that night.

A woolen Paloma Wool jacket I wore every day during my six week stay at the clinic at the beginning of this year - now I have a very difficult relationship with that thing, one might call it hate. It´s the same with a pair of fur lined Arizona Birkenstocks - don´t think I can ever wear them again, might give them to my sister.

A no name black t-shirt dress I wore to the meeting with the head of the neurology department to have my test results explained - it was the day I decided there was no other option than to take care of myself, this specialist was so obviously stunned by his own field and generally confused by me, I left his office laughing - no small feat, since that same department almost drove my into complete desperation only a few weeks before.

A lovely pair of dark grey Roeckl leather gloves with a braided detail I forgot at a flea market booth, but remembered in time so I´m still wearing them.

A BOBO CHOSES skirt worn to the screening of Sagmeister´s Happy Film with a harlequin style diamond pattern, which seems fitting since I made a fool out of myself that night.

Soft cotton Lala Berlin trousers in a yellow/pink print - worn to one of my favorite outings every year - the local antique market in the old town (the weather is great every year without fail at least for half of the day) and a walk with a dear friend, talking about love and depression.

A pleated grey tencel dress worn (and tucked into my underpants at one time) when those internet friends came VISITING and again a lot (alternating with an other model) during my time living in a GRATITUDE LIST - there was a Scottish/German literature festival in town and the tech guy told me how annoyed he was of the cultural activities at the venue.

A short sleeved grey v-neck cashmere sweater worn when I developed a crush on a guy while he explained 3D printing to me for over three hours. Gave him my email address, he never reached out - considering my luck with these things he probably is happily married with kids and such.

A stack of vintage Indian silk wrap skirts in beautiful patterns on display on a chair in my bedroom, found at one of my happiest flea market visits during my even happier time this spring - never worn.

A light Muji coat I will wear for ages found on my trip to Cologne, VISITING E last year - it was the most miserable I had ever been on a trip, but it turned out kind of okay anyway. The geranium cuttings I stole from the botanic garden there never took root.

A SEE SUN shirt (and a pair of brown suede OSBORN Clarity Flats) worn to a meeting of my BOOK CLUB that made me very happy - as you know I also wear THIS ONE a lot (found on an Instagram sale from TAS-KA), which I do remember wearing when I told MAREIKE FOECKING at a design event in town how much I liked her book 100 RELATIONSHIPS.

A blue dress with asymmetrical layers weighted down by tiny chains worn as a last minute plus one to the wedding of the sister of an OLD FRIEND on an island in the Danube, after I met my god daughter at a classical concert in a park where she shat all over her mum. Forgot to cut off the price tag, but a lady we met actually had scissors in her hand bag.

A very light lilac coloured vintage VELVET blazer found at a second hand shop as a teenager, that has now been with my sister for over a decade but was returned to me instead of ending up at the donation pile - still waiting to be worn again.

There must have been a lot of outfits worn during that year I went to lunch a lot to a vegan place in town with a friend, but I don´t remember any.

As you can imagine WOMEN IN CLOTHES is one of my favorite books.
And Ana Kinsella´s newsletter THE LONDON REVIEW OF LOOKS is always a treat.

I would love to make more memories in that dark green CORDUROY COAT and FLOATY DRESS, this SPECKLED ROLL NECK SWEATER, that SCARF/SWEATER and this lovely patterned silk DRESS.