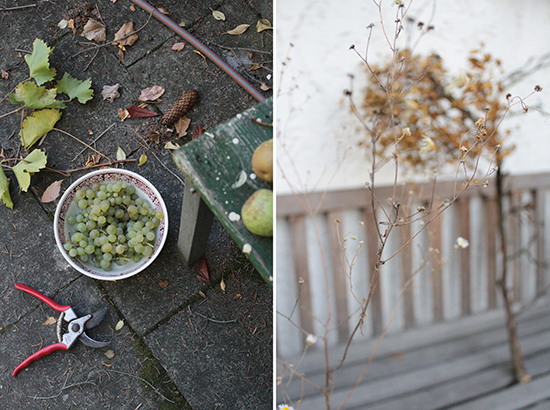 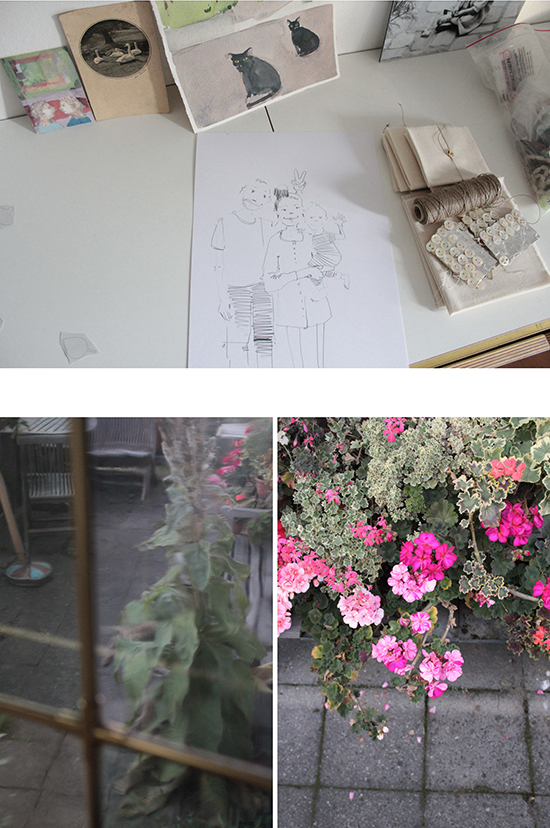 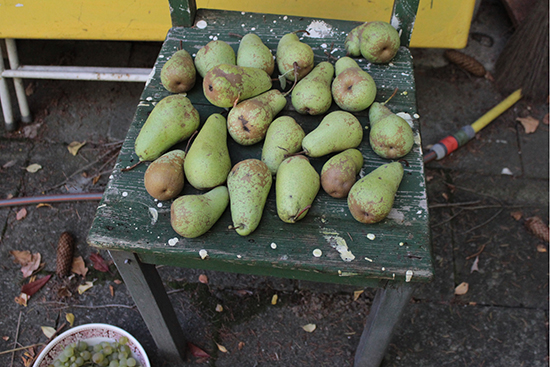 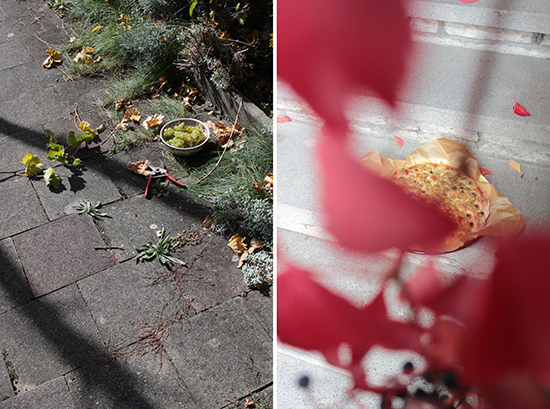 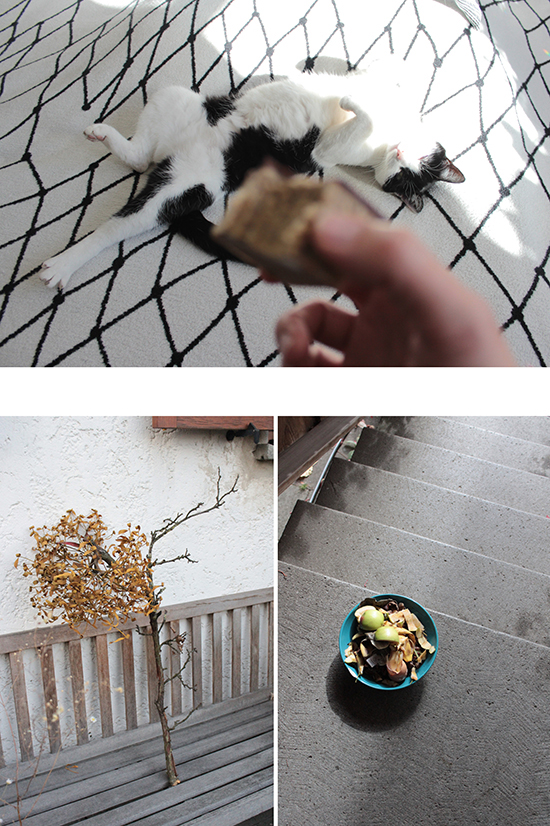 Apparently I have now reached the time of life when you fall asleep after reading three pages in bed - I thought this would never happen to me, but now it did. I order three bulbs of the very rare tulip INSULINDE for my mum and I have to admit we are not only doing this because the flowers are that stunning, but also because she has diabetes. The night I start watching "Fleabag" I don´t do the dishes - it is pretty wild, they are still in the sink the next morning. Ruthless! When I light the first candles of the season, my cat singes her tail and can´t place the stench afterwards.


Since the new collection isn´t selling so well, or more like not at all and with all those expenses up front, I´m currently broke on a high comfort level. So I snag up those apples from the for-free-boxes around the neighbourhood to make an UNFUSSY APPLE CAKE and since I stock my pantry pretty well when times aren´t as dire I also add a bit of marzipan and canned lingonberry to the batter. Those apples turn out to have the weirdest taste ever, no one can quite place it. I cash in my Payback Punkte at Alnatura to get the rest of the ingredients while a young hipster dad wearing the cologne my great-grandfather used is stuffing his shopping into a fancy shabby pram. The cologne is probably only available from Manufactum these days and he is of course also wearing one of those loden jackets that are so popular amongst the Bavarian kind of hipsters around here. I see an elderly father walking arm in arm with his teenage daughter, hugging while they cross an unspectacular bridge - I imagine he has a lot of money. The sun is shining on a day when it is supposed to rain.


I make focaccias using up odd flours, dried yeast and grapes from my own vineyard - the second time around I add a bit of last years´s copper fennel seed harvest which turns it into a divine meal. On the farmers market I stay clear of the booth with the expensive delicious things made of sheep´s milk and get potatoes, pumpkin, chard and kale only instead. ONE POT PASTAS are cheap (here is a GARLICY VERSION, might be even more inexpensive) and quite handy to use up anything you might still have on hand, when all the stray pasta is gone, you might have to move on to One Pot - One Ingredient Things in general - not there yet, just found an other forgotten box, so I have no insights to share so far. Hopefully I don´t have to raid our local Urban Gardening allotment, living off marigold petals any time soon.


My parents are out of town for a few days which stresses me out, since I like knowing to have them around in case of emergency - no emergencies for quite some time, but still. Until they are gone I fret a bit, but when they finally are, I feel calm and free. I´m making NUT BARS when they return with all that is left of nuts and nut butters in said pantry. The night of the HARVEST MOON is stormy and full of nightmares, for those I blame too many of these nut things in my tummy. Also I cough a lot, this goes quite well with poverty - fresh (and free) sage tea from the garden should help with that.


I redecorate and clean the apartment, I´m tired of a lot of things and planing on gifting only items from my closets and cupboards from now on. This means I don´t have to get presents for ages, quite thrifty.


One of my sisters is quite excited to swap poverty life hacks, the other one thinks she might have appendicitis, also her wrist is now in a cast after she used a jackhammer for hours and hours to get rid of some tiles in the bathroom - doing it all by herself to save money. So this is highly un-recommended!

Dance me through the panic 'til I'm gathered safely in.
Lift me like an olive branch and be my homeward dove.

"Dance me to the end of love" by Leonard Cohen, sung so beautifully by Madeleine Peyroux