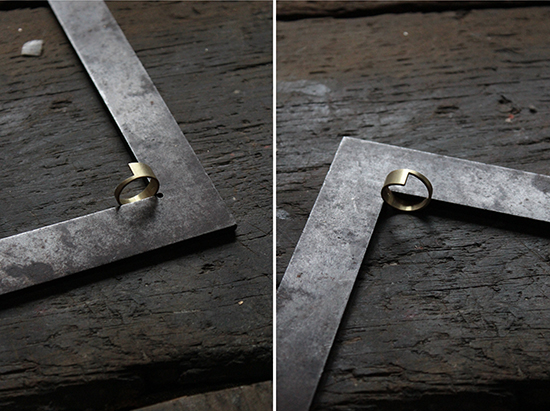 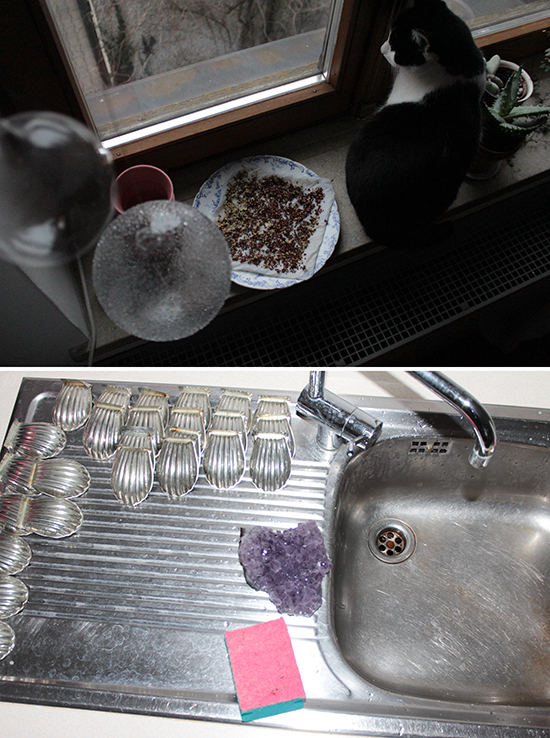 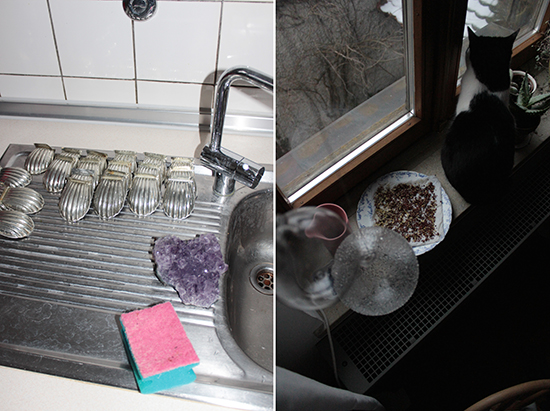 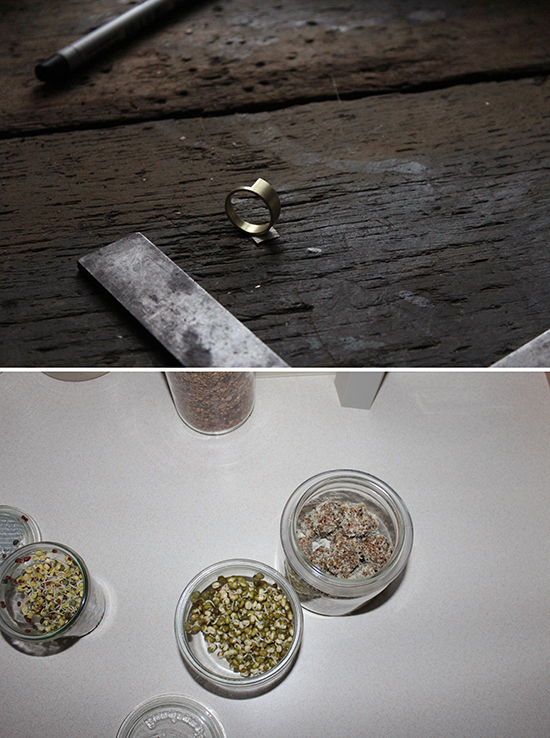 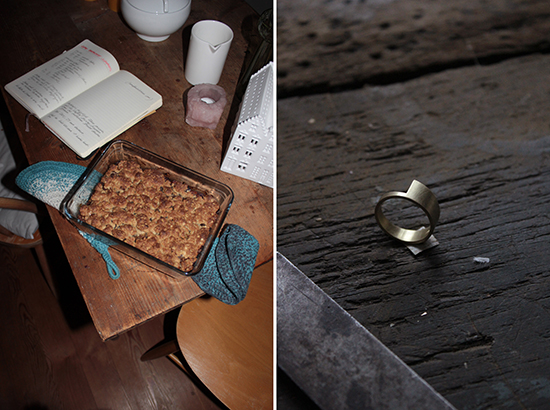 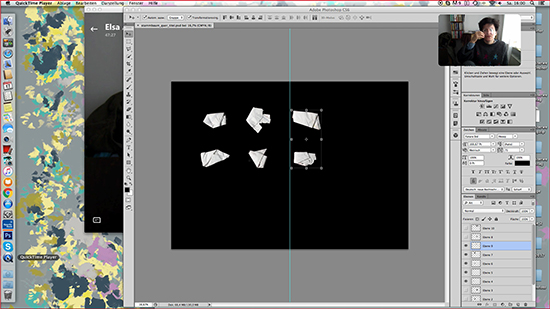 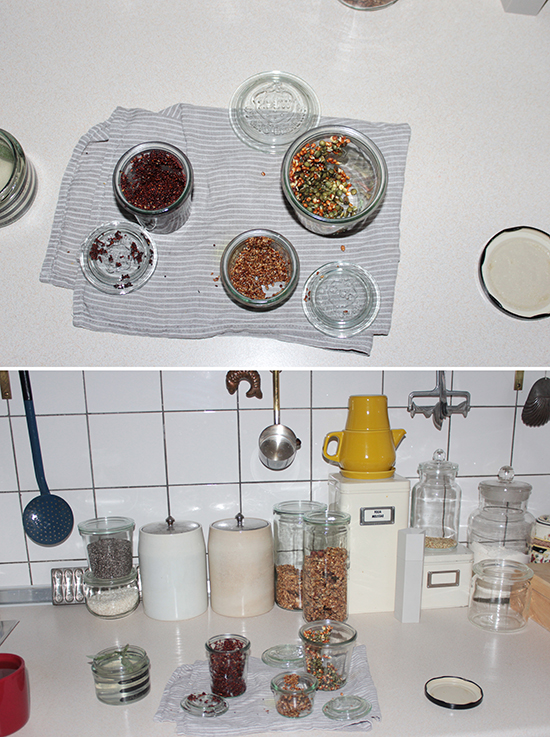 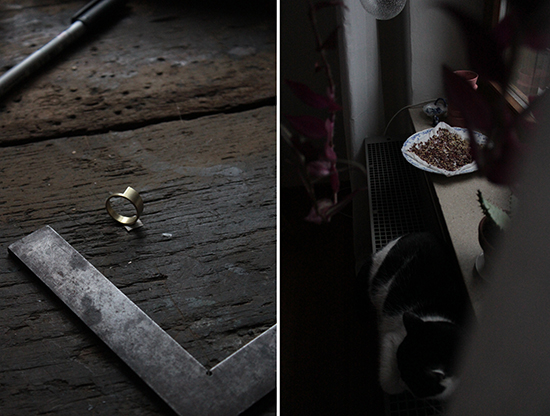 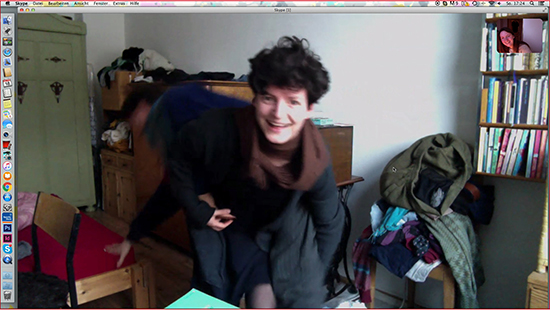 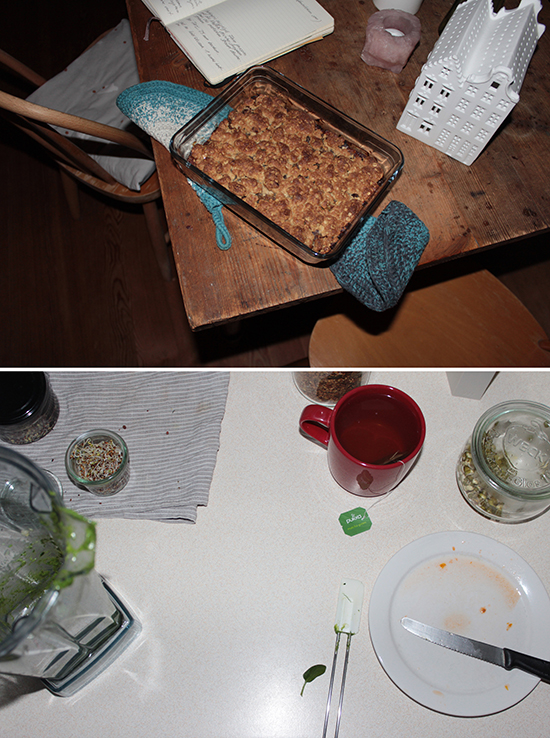 (Gluten-freeing these DATE BREAKFAST SQUARES by using buck wheat flour turned them into such a crumbly mess, they have to be eaten straight from the pan.)
(Considering the amount of tiny Madeleine moulds I found on the flea market, you might think I finally found all that Lost Time Proust was looking for... but they were produced in West Germany, so they could also be used for "Bärentatzen" - a German bear paw shaped cookie - and we would have to start looking all over again.)
(That golden version of our ARROW RING had quite an exciting journey to its new owner in Hungary, but eventually arrived in the end - now let´s hope she says yes and likes the ring!)


The sheep and cattle are rotting away on their pastures these days, so my sister tells me. After the wettest months in history the fields in Northern Germany are not only drenched but flooded, mud baths. It sounds like a biblical plage, a punishment for a great sin. She is constantly on the line with the veterinary office to get a few of those poor beasts moved to dryer grounds, probably making enemies with every farmer around.

I crush the chickpeas so they might soak up their tomato broth (you could also call it "red water"), hoping I won´t throw up afterwards - my belly is in excellent shape these days. The next day I place an order for a juicer (a slightly damaged model from Amazon Marketplace) and a lot of supplements - I am going to jump on the CELERY JUICE train in full speed. When they arrive, the packets of barley grass powder, ashwagandha and spirulina smell like incense sticks. I have to figure out some of the combinations, so far ashwagandha and l-lysin gives me an unpleasant dizzyness that must be avoided in the future. Before my first green smoothie I am really scared, but then the mixture of baby spinach, avocado, pear and the juice of a blood orange tastes unexpectedly lovely and afterwards I feel pumped at first and then vomity, then good again and surprisingly full - after I had a few "Energy Balls" and a scalding hot golden milk to warm up again. Smoothies do make me freeze a lot, I could never add ice chips to them since this would make me probably turn completely blue. I have no idea how to address this issue so far, I did however figure out the vessel-problem - since regular large glasses being to small for these quantities, I switched to my BEER MUGS. This has not been a satisfactory solution due to their un-spoon-ablitly, so I am doing bowls now - yeah, that´s how late I am to every fad around. To speed up the ripening of all those smoothie-bananas, I drape them around apples, it kind of looks like a banana-nest filled with apple-eggs. The ceiling above my Vitamix is blue berry splattered by now. I brew my fresh sage and thyme tea in the almost empty jar of my favorite local HONEY, so nothing gets wasted. There are jars filled with seeds and beans in every stage of sprout on my counter, including mold. At least I think it is mold, unless they have grown very furry roots (a quick Google search later I have to admit I was wrong about the mold, it is fibrous roots instead). My mum sometimes busted out some mungbeans when we were kids and I loved their taste and crunch, so there is a Weck jar filled with those too. Broccoli simply won´t work in my environment, they turn to a smelly mush no matter which sprouting technic I use. The "Spicy Sprout Mixture" gives me heartburn in the end, so I am down to alfalfa by now. My favorite tastes these days are MUSTARD (still have to try the sprout variety), vinegar (please try that BROCCOLI WITH RAISINS and soba noodles) and salt, probably all very un-raw and un-clean.

This goes quite well for a few days, then I start feeling queasy by just thinking about that green stuff and I move on to making pestos (with raisins, of course) instead of smoothies, to be had with roasted vegetables. I usually do a huge batch with my farmers market loot, so I have lots of left overs to use up during the week. Also I think I should stay clear of legumes, the verdict is still out on (totally not raw) sauerkraut - how can something supposedly so good for your gut give you that much gas? This is a fact however: Vitamixing and juicing means so much cleaning up - I think my diet so far is a huge waste of water.

Also in my shopping basket: a JADE ROLLER. You can definitely expect a complete transformation of myself and I will soon present you the new and depuffed Anna!

There is a construction site on one of the four bridges I cross everyday, so they shut down one bike lane and I have to use the other side - after a week I am still thrown by that fact. I am such a creature of habit with such set ways. Each morning is a struggle now, since I have changed my own feeding routine and I have to concentrate very hard to get everything in line. Flexibility is not my forte, but I never said otherwise. In the hands of a psychologist I would very likely be diagnosed with an adjustment disorder within seconds, but I rather go with astrology and call this my stubborn Bavarian taurus streak. And it was probably the blue super moon that made me realize so many things about myself lately, strangely enough a few of them surfacing while talking on Skype. The discussion had nothing to do with anything, it was just seeing myself behaving in certain ways on that tiny screen in the right upper corner of the screen. I do not know how to change these habits but I feel it is crucial to do so, so I am watching myself rather closely now.

Yes, I am new to Skype, but the screen sharing option is pretty great, so we´re using it a lot while working on a book project. In between my sister and her boyfriend show me their kitchen re-enactment of a German gold medal winning free skating lift. We move on to doing Aljona´s fist-shake-morphing-into-an-arm-glide, which is basically the only thing we´re able to do somewhat gracefully.